This chapter argues that economists have oversold the virtues of globalization, displaying confidence in derived policy prescriptions well beyond the evidence. The most spectacular recent demonstration of hubris is the failure of almost the whole of the mainstream economics profession in the few years before 2007–8 to forecast a major recession. The chapter then outlines the neo-liberal world view and its application in the form of the development recipe known as the Washington Consensus. Since the 1980s, the Western economic policy ‘establishment’ has espoused a doctrine of ‘best economic policy’ for the world which says, put too simply, that ‘more market and less state’ should be the direction of travel for developed and developing countries. This overarching neo-liberal ideology embraces globalization as a major component, relating to the nature of integration into the international economy. The chapter then looks at trends in world income distribution and poverty, bearing in mind the optimistic claims of the globalization argument.

Politics in the Developing World provides an introduction to politics in the developing world. This fifth edition has been updated to address topical issues and themes, including refugee movements; the rise of the so-called Islamic State; organized crime; gender; the role of new forms of communication in political mobilization; and the replacement of Millennium Development Goals by Sustainable Development Goals. The first four sections of the volume explore the theoretical approaches, the changing nature and role of the state, and the major policy issues that confront all developing countries. The final sections set out a diverse range of country case studies, representing all the main geographical regions.

4. The Developing World in the Global Economy

This chapter examines the role of developing countries in the contemporary global economy. It first provides an overview of trends in the global economy, taking into account the implications of globalization for the developing world and the question of free trade vs protectionism. It then considers three key features of an increasingly globalized economy and their significance for the developing world: trade, foreign direct investment (FDI), and financial flows. It also discusses the role(s) of developing countries in global trade, the advantages and disadvantages of FDI, and two major components of the global economy that can cause serious economic disruptions: the buying and selling of currencies and stocks and shares in local economies, and the rapid movement of capital across borders. The chapter concludes with an assessment of factors that can reduce the economic well-being of countries in the developing world.

5. The Developing World in International Politics

This chapter examines the role of developing countries in international politics. International relations, as a discipline, has traditionally overlooked the significance of the developing world in global politics. The chapter begins by discussing the reasons for this and why such an oversight is lamentable. It then considers the position of the developing world throughout the large structural changes that have occurred in the international system since 1945: North–South relations during and after the Cold War and the emerging multipolar world, in which China is anticipated to return to the centre of international politics. The chapter also explores topics such as the United Nations’s involvement in development issues and its role in decolonization, U.S. foreign policy under the two Obama administrations, and nuclear proliferation.

This chapter examines the main trends and issues of South–South development cooperation, using India as a case study. Over the last few decades, India has been both a recipient of foreign aid and a provider of concessional loans, grants, technical assistance, peacekeeping forces, humanitarian assistance, debt relief, and so on. The chapter explores how and why India, a country that still has more absolutely poor people than the whole of sub-Saharan Africa, gives development assistance to countries in Asia, Africa, and beyond. It first considers the issue of the ‘(re-)emerging’ development actors before discussing India’s development cooperation. It then shows how India and other developing countries are becoming bigger players in the international foreign aid regime. It also analyses India’s South–South relations and suggests that the benefits of India’s development cooperation are shared unevenly, both domestically and abroad.

1. Changing Analytical Approaches to the Study of Politics in the Developing World

This chapter discusses the main broad analytical approaches or frameworks of interpretation that have been used in studying politics in the developing world. It first considers two contrasting broad approaches that long dominated political analysis of developing countries. The first was a politics of modernization that gave rise to political development theory, then to revised versions of that approach. The second was a Marxist-inspired approach that gave rise to dependency theory and, subsequently, to neo-Marxist analysis. The chapter also examines globalization theory and critical responses to globalization as neoliberal ideology, which have been associated with the ‘anti-globalization movement’ and have included arguments about orientalism and ‘post-development’ theory. Finally, it explores the strategies, categories, and more specific methods of analysis that have been typically deployed to assess the politics of developing countries.

9. Financial Openness and the Challenge of Global Governance

This chapter studies the globalization of finance. The world economy today reflects a systemic experiment involving, on the one hand, the unleashing of cross-border capital movements and, on the other, the dispersion of the political authority necessary to oversee and, when necessary, stabilize the markets through which vast amounts of capital now flow. Resulting tensions become most obvious during financial crises, when those flows suddenly stop or reverse their direction. In the late twentieth century, most such crises began in emerging-market or developing countries and had limited systemic consequences. In 2008, however, the global experiment capital market openness, now far along in its evolution, almost failed catastrophically when policy mistakes in the United States combined with large national payments' imbalances and a broad economic downturn to spawn a worldwide emergency. Shortly thereafter, Europeans at the core of the system narrowly escaped a similar disaster at the regional level. The chapter then explores key implications for contemporary global governance. It calls particular attention to the increasingly difficult and variegated politics of systemic risk assessment, emergency management, and future crisis prevention as the experiment continues.

This chapter examines the onset of the so-called stagflation and the problems that beset détente during the period 1973–6. In the aftermath of Israel’s victories in the Six Day War, a situation of ‘no peace, no war’ prevailed in the Middle East. Attempts in 1970 and 1971 by the United Nations and the United States to make progress on a peace settlement proved futile. The chapter first considers the Middle East War of October 1973, which sparked a confrontation between the US and the Soviet Union, before discussing the impact of stagflation, especially on the Bretton Woods system. It then explores political problems in Europe and how European détente reached a high point in the Helsinki conference of 1975. It concludes with an analysis of détente and crises in less developed countries such as Chile, South Vietnam, Cambodia, and Angola.

In  The Globalization of World Politics: An Introduction to International Relations (8th edn)

This chapter examines the global order, led by the United States, that emerged at the end of the cold war and asks whether it has been effectively challenged by rising powers. It begins with a discussion of the challenges to the idea of a U.S.-dominated global order, focusing in particular on the role of large, emerging developing countries as well as the idea of the BRICS (Brazil, Russia, India, China, and South Africa) in the context of the future of the global economy. The chapter then considers the more recent economic slowdown in the emerging world, along with the political and social challenges facing many emerging societies. It also analyses some of the major theoretical arguments about the impact of rising powers on international relations and whether they are powerful enough to affect international order. 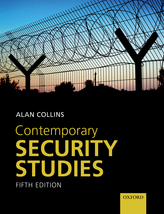 22. Stability and Instability in the Less Developed World

This chapter focuses on stability and instability in less developed countries in the post-Cold War period. One of the signs, alongside the end of the Cold War, that old enmities were breaking down and that a more liberal-democratic world order might be emerging, was the end of apartheid in South Africa. This development followed a long period in which White supremacy had been in decline in southern Africa, leaving the home of apartheid exposed to strong external pressures. After discussing the end of apartheid in Southern Africa, the chapter considers developments in Central Africa, in particular Rwanda and Zaire, as well as the Middle East and East Asia. It concludes with an assessment of the rise of the Association of South-East Asian Nations (ASEAN) in 1967–89, the emergence of the ‘tiger’ economies in the 1990s, and the post-1997 economic crisis.

This chapter examines the decline of the Cold War during the period 1985–9. It begins with a discussion of Soviet leader Mikhail Gorbachev’s ‘new diplomacy’, a more flexible, less ideological foreign policy based on his belief that ‘a less confrontational stance towards the outside world would provide greater security than endless rearming’. It then considers Gorbachev’s reforms, the Intermediate Nuclear Forces Treaty signed in December 1987 by Gorbachev and Ronald Reagan, and US–Soviet relations under George H. W. Bush and Gorbachev. It also analyses the end of the Cold War in less developed countries such as Afghanistan, Angola, and Cambodia, before concluding with an assessment of the demise of Soviet communism in Eastern Europe. 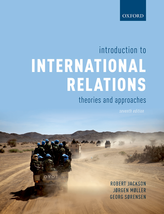 In  Introduction to International Relations: Theories and Approaches (7th edn)

This chapter examines four important debates in International Political Economy (IPE). The first debate concerns power and the relationship between politics and economics, and more specifically whether politics is in charge of economics or whether it is the other way around. The second debate deals with development and underdevelopment in developing countries. The third debate is about the nature and extent of economic globalization, and currently takes places in a context of increasing inequality between and inside countries. The fourth and final debate pits the hard science American School of IPE against the more qualitative and normative British School of IPE.